Veena Bhat, founder of Nrityadarpan, with its motto "Mark Your Spark" is on a journey of sharing, caring, and search of the spark. She believes art internalises,touches the soul and expressions flow. She started Nrityadarpan aiming to promote art culture by creating passionate and dedicated art lovers. View More... 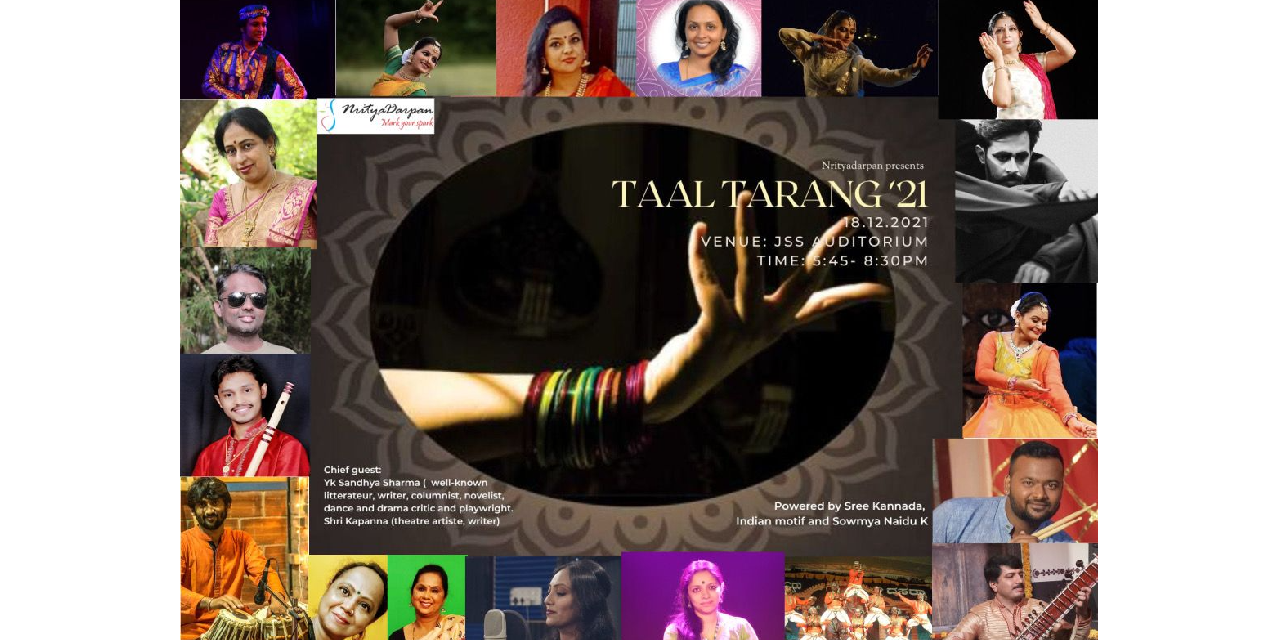 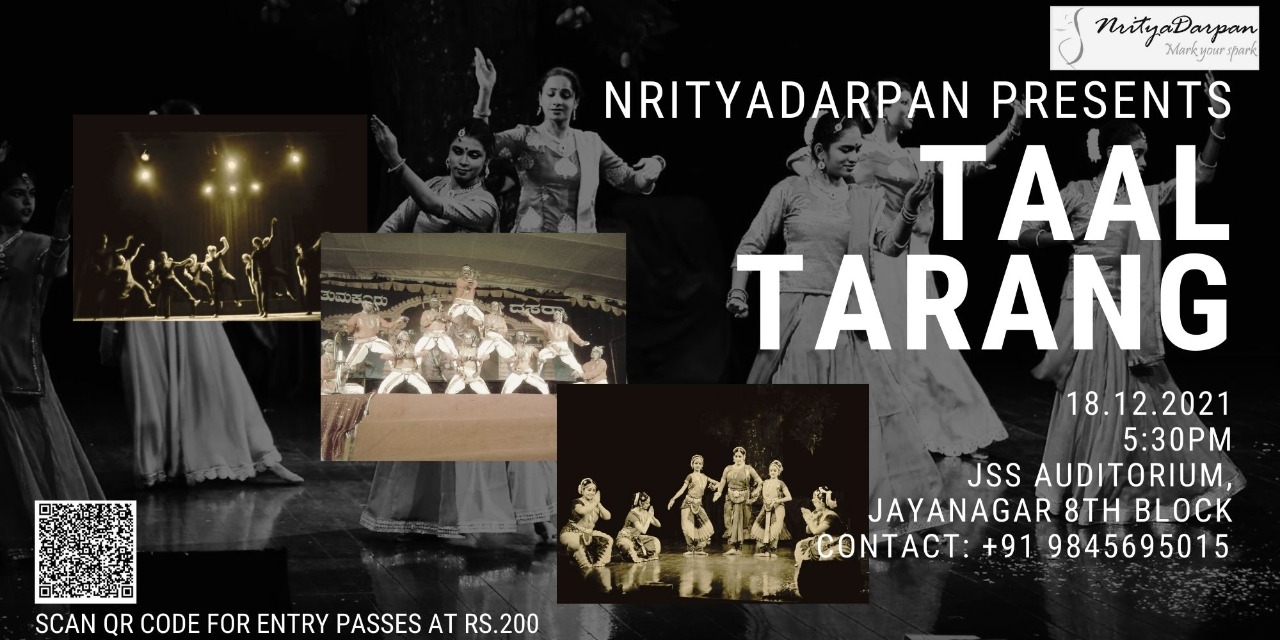 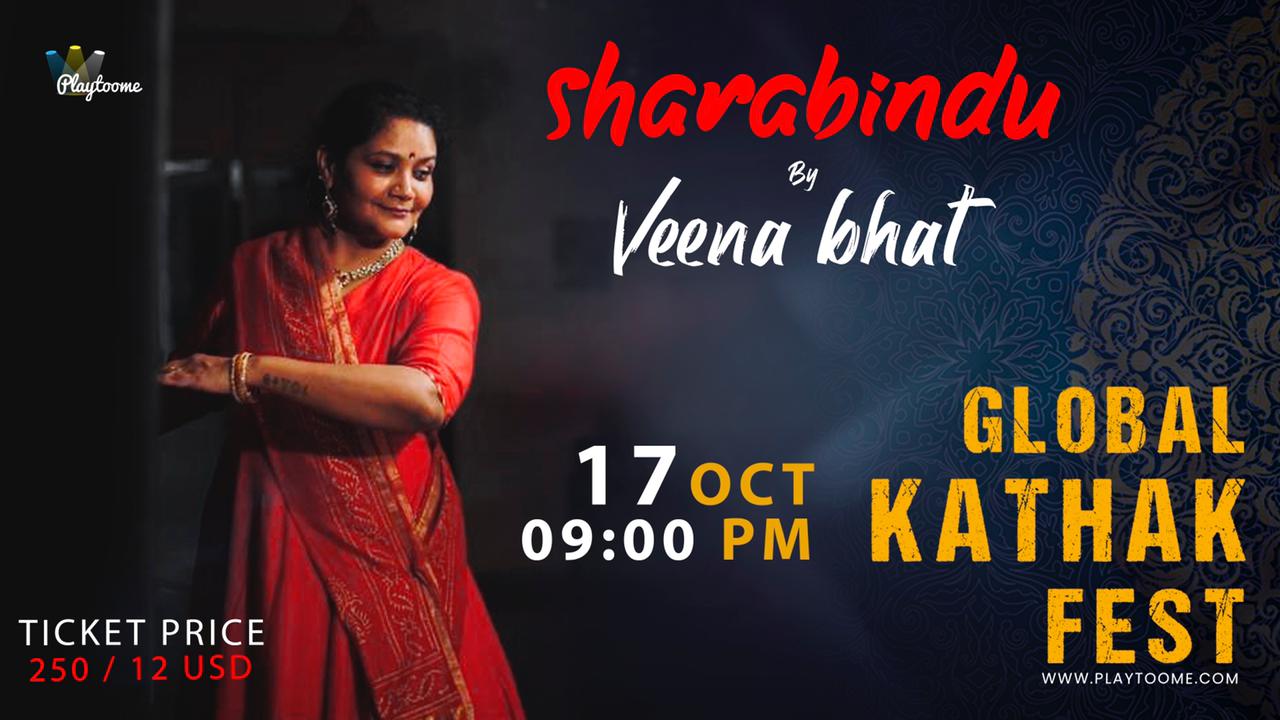 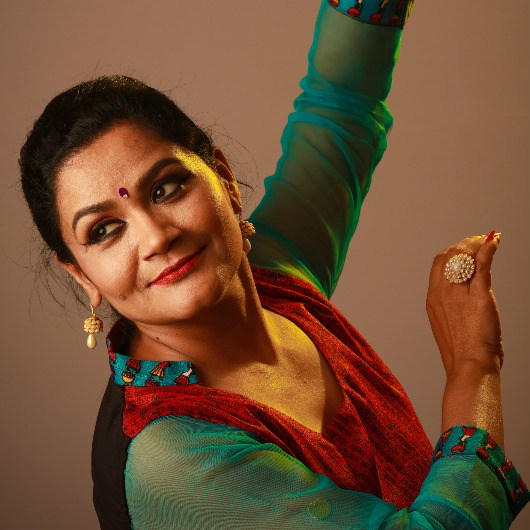 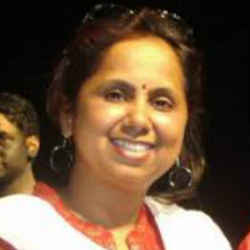 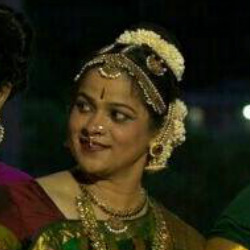 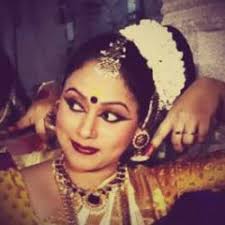 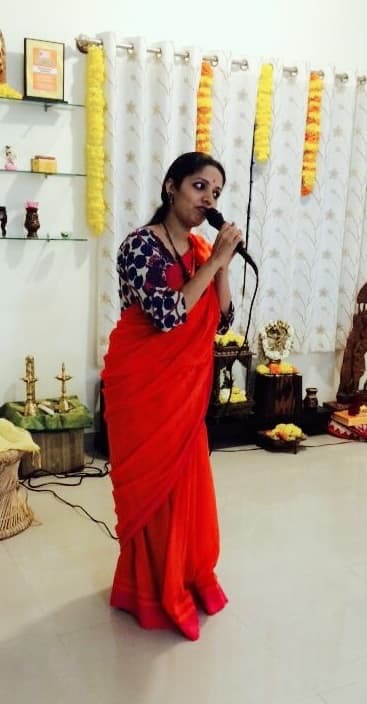 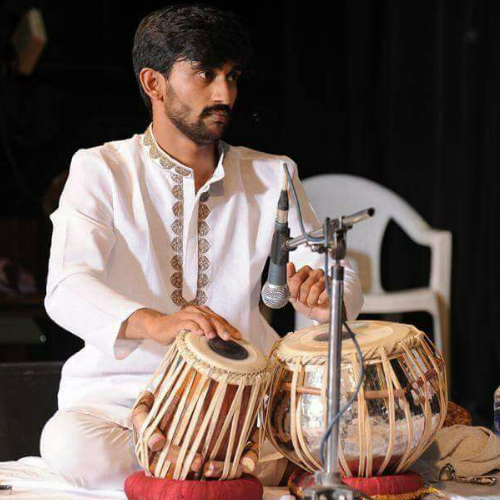 A post graduate in Analytical Chemistry, and B.Ed, she has trained in Bharatanatyam under Guru Krishna Panicker for six years and Dr. Deepak Mazumdhar for two years, before she found her calling in Kathak, and is training for the last 12 years under Guru Rumela Mukhopadhyay of Tarang. She holds a Degree in Kathak from Prayag Sangeeth Samiti. Constantly empowering herself by attending workshops by Gurus like Smt.Shila Mehta,Dr.Purnima Pandey,Shri. Jayanth Kastoor,Shri Harshvardhan Singh,(student of Pt.Birju Maharaj and Pt.Rajendra Gangani.She has also experimented with other dance forms including contemporary and folk genres, and has also trained with Saroj Khan. She continues to teach, experiment and innovate at her dance institution, NrithyaDarpan in Bangalore. She has been honoured with many awards including 'Talent of the year' and has many performances to her credit. Current Performances to name a few, Isha fest and Madurai fest.
Constant learning and up gradation being her aim to empower herself and the students. I have also organised workshops of Gurys from all over India in Taal paksh and Bhav paksh online and offline for students.
Workshop was on topics of Natyashastra, Taal, Bhav, role of Kathak as a profession and so on. Lots of exposure and experience and interaction on the subject for the younger generation to understand, explore and grow .
Makes the think on how a performing art can become a profession not just hobby. Situations can be handled through this art

Smt. Anjali Ramanna ,a practicing advocate,is the Chief Promoter and Architect of a charitable organisation "Astitva Legal Trust" which promotes the purpose and needs of creating legal awareness among wemen and children.She is also a life skills trainer and legal advisor to karnataka State Commission for women.She has scripted and directed many plays,dance and dramas.

Is a Bharatanatyam dancer and teacher, who has learnt the art under the able guidance of Guru 'Kalaimamani' 'Kalacharya' (Late) Sri. S.K. Kameswaran and 'Natyathilakam' Smt. Saroja Kameswaran. A software professional turned teacher, she teaches young children the art form today. Known for her expressive Abhinaya, sprightliness, effective usage of space and balanced presentations, she has been awarded the 'Young Talent of the Year' award by the Tamilnadu Govt.'s Dept. of Culture, and the title 'NatyaSudaroli' by Sri Ragam Fine Arts. She has also completed a Masters in Fine Arts - Bharatanatyam from Sastra University, Thanjavur, under the tutelage of the Programme Director, Dr. Padma Subrahmanyam.

Vinaya's major performances include the ones in Music Academy, Sri Krishna Gana Sabha and Narada Gana Sabha in Chennai, Teen Murti Bhavan and Republic Day Celebrations in Delhi, Taramati Bardan in Hyderabad, Ananya Dance Festival in Delhi, the South East Asian countries of Indonesia, Thailand and Cambodia on an official visit of the Vice President of India to these countries , at Bolshoi Theatre in Moscow and at St. Petersburg in Russia, at New York, Connecticut and Philadelphia in the U.S.A.., KSNA Programs in Kerala, Konarak Festival, Hampi Festival, Programs in Japan & Germany, Make in India Program at Germany etc.

Vinaya is a dedicated & passionate teacher as well as performer. She believes in a holistic approach towards learning classical art forms and therefore encourages students to learn allied art forms also, in order to understand the basics of the art form.

Acclaimed dancer duo Veena & Dhanya were initiated into Classical arts during their early childhood and have been learning and performing classical arts for close to three decades. The duo is known for their histrionics in Abhinaya (expression) and their adherence to classical dexterity. They have several traditional and contemporary choreographies to their credit, which have won them appreciation and rave reviews across the globe. They are trained and proficient in 4 classical Indian art forms, Bharathanatyam, Mohiniyattom, Kuchipudi and Carnatic Music, each of these art forms are demanding and require specialised training. They are fortunate to have trained under legendary Gurus in each of these styles.

A post graduate in music from Karnatak University,Shouri has been an awardee of a Gold medal in his Bachelors degree for Tabla.He has received the prestigious "Ministry of culture's" scholarship given for young artists.

His zeal for music is an enduring journey. Born to scholarly parents, Sadashiv has a degree in computers. He formalized the music under Guru Pandit Sripad Hegde, Dharwad and later under Guru Vidushi Smt. Geetha Hegde, Bangalore for several years. Currently he is being trained under Bismillah Khan Yuva Purskar awardee Dhananjay Hegde, Mumbai. He has performed on various prestigious stage across the state and applauded as one of the young face of hindustani classical music. A one of its kind exclusive composition of Adi Shankara's Soundarya Lahari based on hindustani ragas music CD has been credited to his achievement. He is the convenor of Unnati Seva Trust.

Is an independent dance-theater, post modern experimentalist. Her technical dance training started with Baratanatyam (8yrs), Kathak (96-present) and modern dance (01-10') in Seattle, USA. She has been appointed as adjunct dance faculty at the university level formulating course work in Kathak (Cornish College of the Arts, Seattle WA; Northwestern University, Chicago, IL) Her works have traveled internationally( Canada, China, Japan) and around USA and India. Stemming only from real-life experiences and what she sees around, her works are greatly influenced by Butoh and also strive to seamlessly blend various artistic philosophies. Thus they are daring, evocative and rich in cultural pluralism. She currently resides and teaches extensively Kathak, modern dance techniques and body-movement exploration in Bangalore.

Is a professional tabla player from Bangalore. He was initiated in to music at very young age. He started learning tabla from his uncle. He had classical music training for few years from Guru Siddaraju in his town and presently he is under tutelage of Pt. Kiran Godkhindi and Pt. Pravin Godkhindi. With inspiration from his Gurus, Harsha is also learning and trying on various other percussion instruments

She is a blend of music, dance and literature. A University topper in MA English Literature with 3 Gold medals, she is a disciple of Hindustani classical music under Guru Vidushi Smt. Geetha Hegde, Bangalore for past several years. Being a 'B high' grade artist of All India Radio Bangalore, she served as an RJ at FM - Rainbow for 7 years. As a recognition to her love and dedication to art, she has been conferred scholarships from Karnataka Sangeetha Nrithya Academy, Smriti Nandan Trust, Bangalore and also State award winner for Kannada Light Music

She is as well trained a classical dancer with a vidwat in Bharatanatyam under Guru Vidushi Smt. Usha Datar & Vidushi Smt. Geetha Datar for 20 years. She has directed Sthree, Karnataka Vaibhava and various dance dramas at prestigious stage. Her inclination to Literature has inspired her to take up PhD in the same. She proudly holds the chair of Secretary at Unnati Seva Trust

one stop place where costumes will be available on hire for classical dance, little theatre, conventional, contemporary dance and many more...

one stop place where costumes will be available on hire for classical dance, little theatre, conventional, contemporary dance and many more... 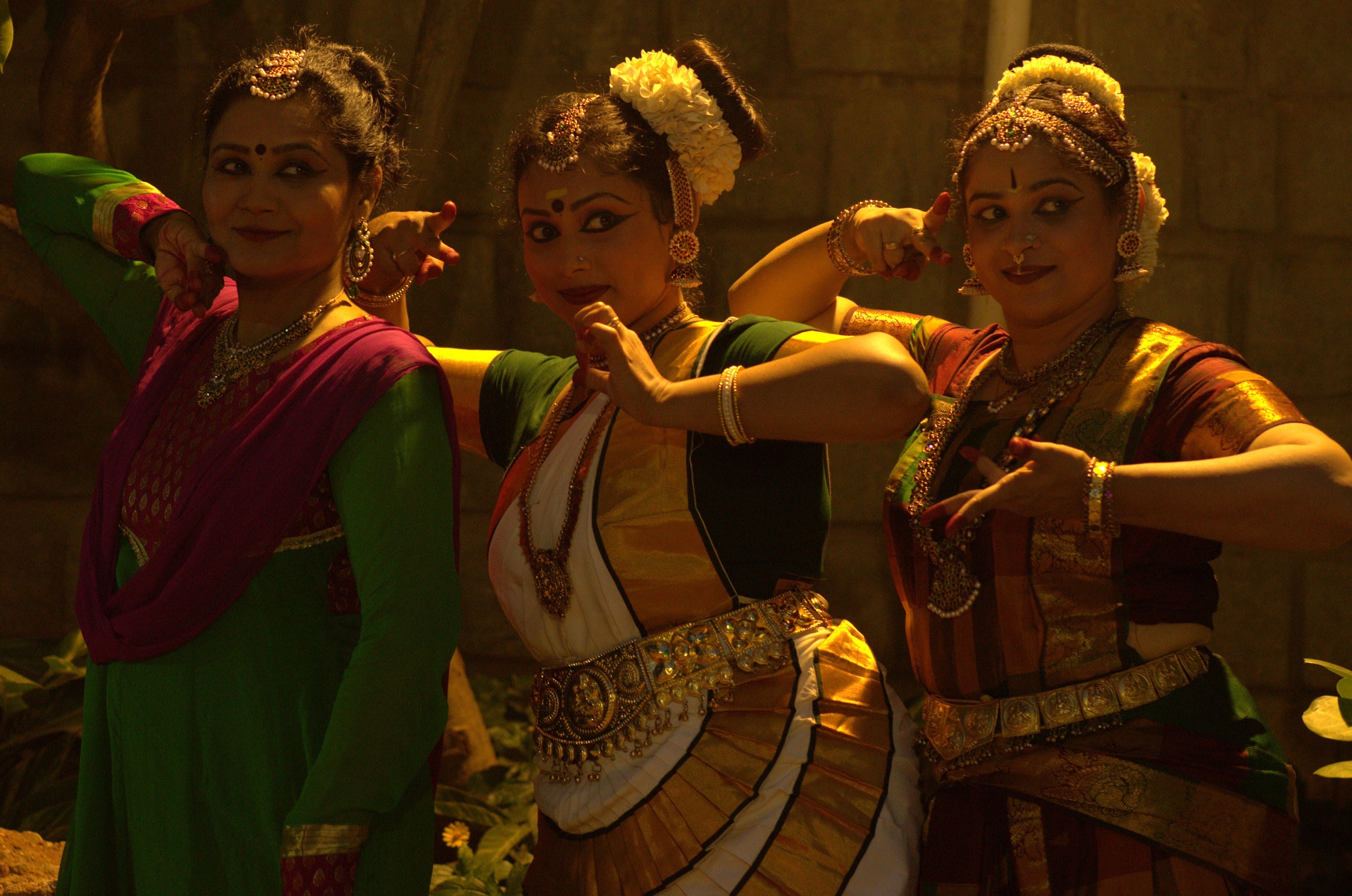 A Confluence of classical Styles with each style standing strong within its own framework and exibiting its own nuances.

Our Experiments with Dance 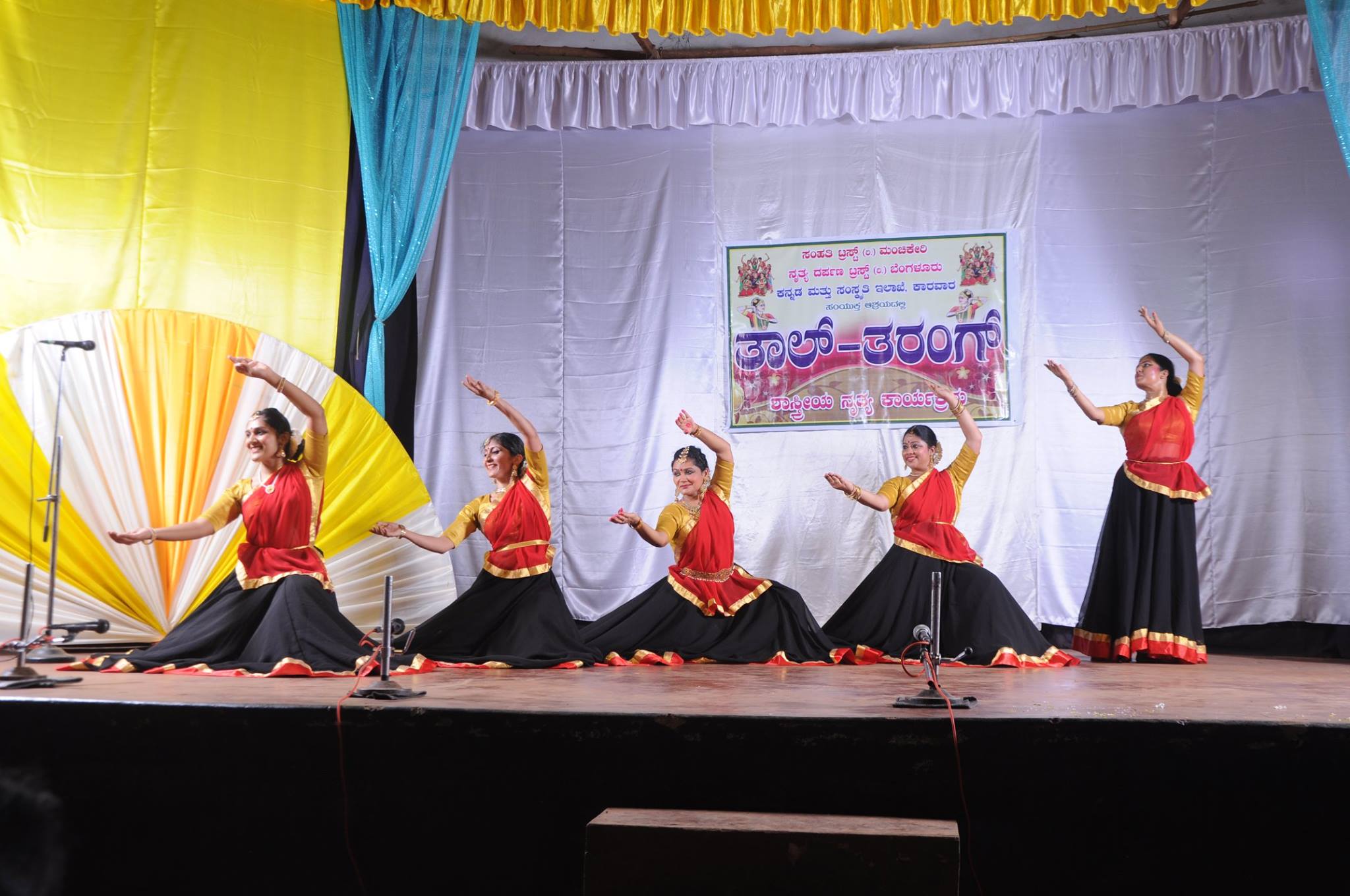 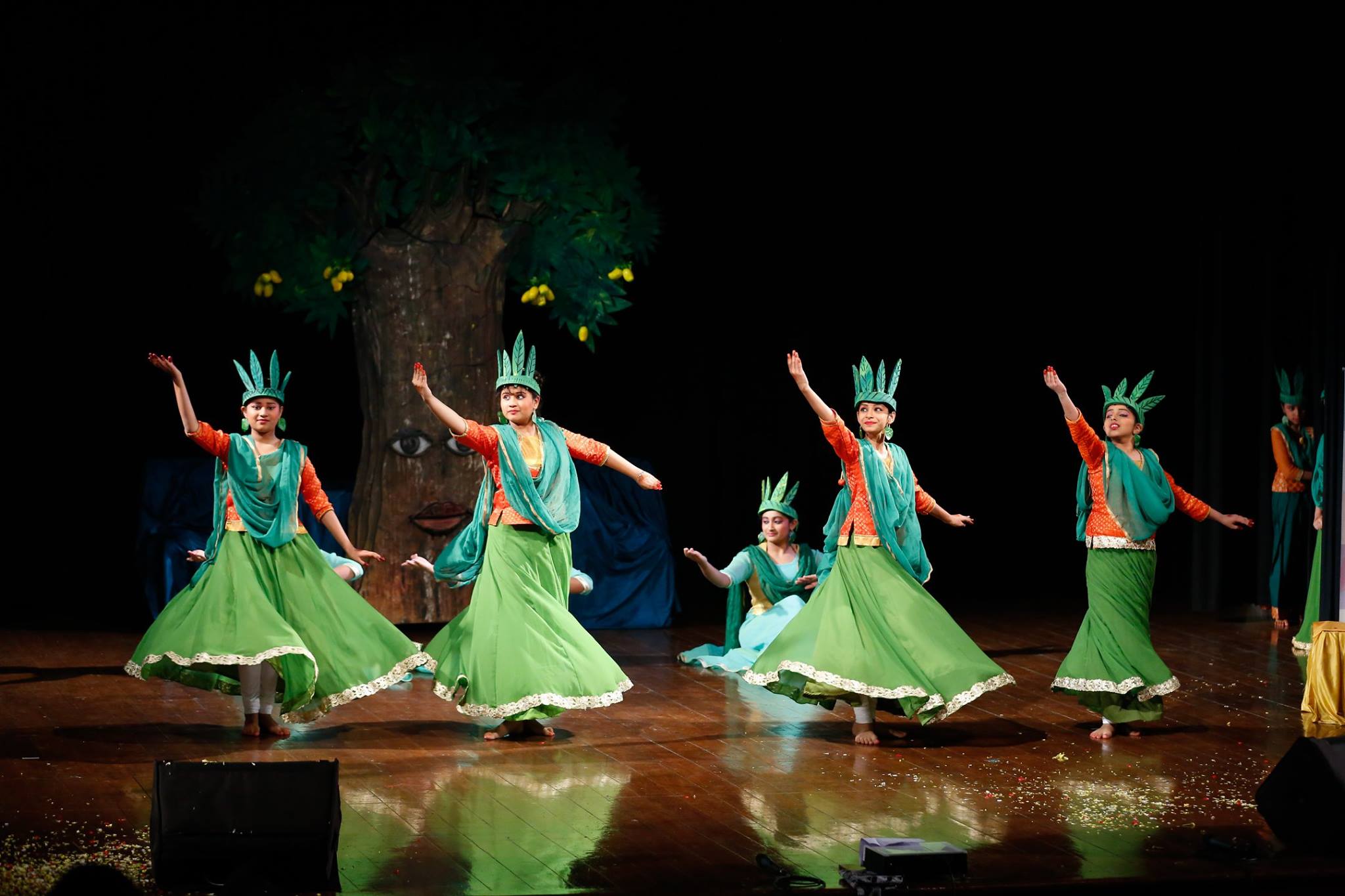